The Clayfield Veterinary Clinic has been in operation in it's current location in Brisbane's inner North since 1965.

The practice owners, Calum and Joanne Robertson, graduated together from the University of Queensland in 1986. They first worked in small animal clinics in Sydney until 1989. A 3 year stint locuming throughout the United Kingdom then saw them return to Brisbane in 1992.

Calum and Joanne bought the Clayfield Veterinary Clinic in February 2001 and, since this time, have been committed to building a practice that focuses on providing high quality and compassionate care for it's patients and a welcoming and accessible environment for their human friends.

Clayfield Veterinary Clinic Veterinary Hospital is conveniently located next to the heart of the Clayfield. It cares for pets from surrounding areas.

The Hospital is now able to offer an unprecedented level of services for your pets.

Clayfield Veterinary Clinic has a team of caring and experienced vets who work hard to ensure each and every pet gets absolute gold standard care.

Is Clayfield Veterinary Clinic in Clayfield your property on Vet Australia, please claim your listing and subscribe to update your contact details and receive your phone calls and emails from your clients. 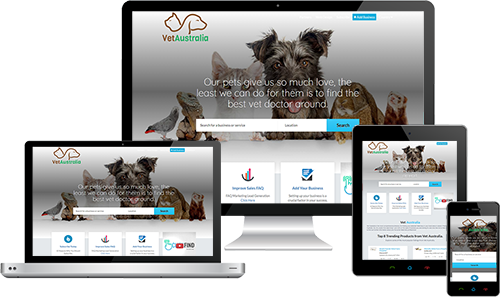 Why is it important to Claim my Listing

When You CLAIM OR ADD A LISTING you receive Missed phone calls and Client Emails from Vet Australia plus dozens of partner sites. Gain access to your clients now and Rise through the Rankings on Google and Vet Australia.